Here’s an interesting article on how a state senate  passed a bill to ban certain body peircing and tattoos. While this bill affects women and men alike, it shows how the government takes a patriarchal stance on how to regulate the bodies of men, women and people of color, which this country has a long history about.

What do you think?

Here is a super awesome article on how we teach children that women can not be trusted, especially when it comes to rape. I think we as a society need to work on correcting these issues and bringing up a generation that isn’t so mistrustful of women for false reasons.

If you haven’t heard, news just broke that former South African president and anti-apartheid activist Nelson Mandela has passed away. He was an activist not only for the integration of race but also for gender equality. The world lost a wonderful man and advocate today. Rest in Peace Nelson.

Please sign this petition: It’s really important that we start making a shift in our society to protect the victims of rape no matter what and this petition is a really great step, all you have to do is make an account and click a button to sign. 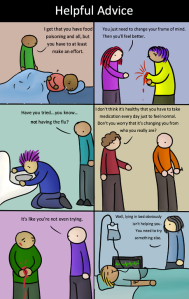 I find this story EXTREMELY problematic. An Italian woman living in the UK who was suffering from bipolar disorder was institutionalized, had a forced cescarian section to remove her baby, and then social services took her child. So… apparently, if you visit the UK and become ill, the government has the right to steal your baby, straight from your womb. As if people with disabilities didn’t have enough of their reproductive rights taken away in the past two hundred years (through forced sterilization as well as it being illegal for some with mental disabilities to marry), it’s extremely disheartening to see that it’s still occurring. The worse part I think is the fact that social services put the baby with a British family, instead of sending it to live with it’s extended family in Italy and that even though the mother is of good mental health now, they refuse to give her back her baby. ‘

Despite the fact that she may have had a mental break, the women should NOT have been forced to have the baby delivered. She should have been institutionalized and kept safe until she either a. had the baby or b. was of stable mind. The baby should have been given to it’s biological extended family in Italy, not a foster family in Britain and WHEN the mother was mentally stable, she should have gotten her baby back.

So many legal violations, how does crap like this happen?

Found this awesome video on my study break. I hope you all like it as much as I do!

We Run the World! Girls! Oh Wait…
Create a free website or blog at WordPress.com.